You are here: Home / RELIQUARY 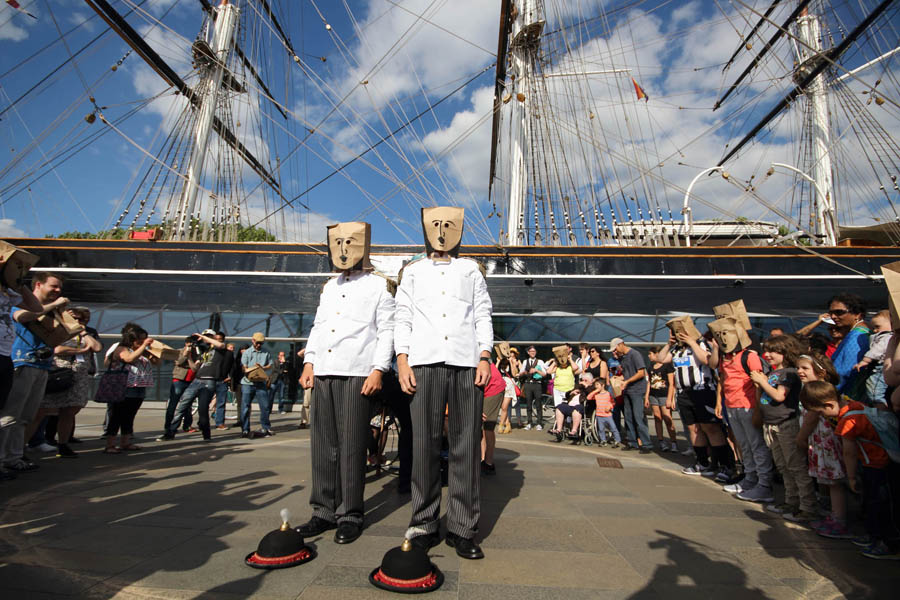 People of Anytown! Imagine a be-jeweled casket making its enigmatic way around your town and wondering ‘who are they what is that, and just what’s going on here’?

Now imagine the thrill of being chosen to peep inside whilst others can only stand and gawp, slack jawed. ‘What can be inside you hear them cry’?

Well, stand ready people of Anytown, for we have discovered a new species, preserved its last egg and it’s about to hatch…..no that could never happen! Or could it?

‘A terrific cameo by Reliquary, a stunning surreal casket commandeered by two hilarious keepers was worth the day in itself’. 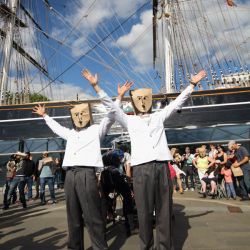 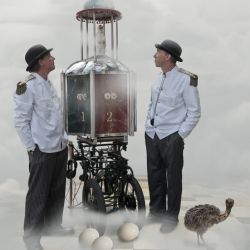 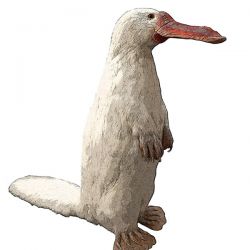 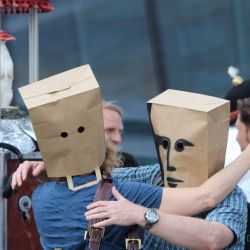 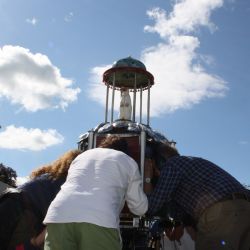 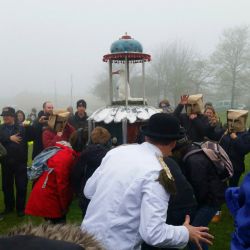