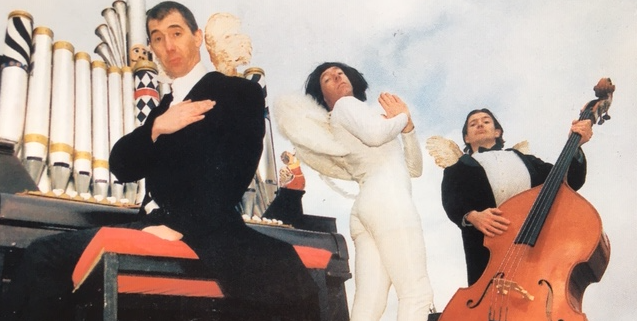 Below is a clip filmed by Ian Cassidy in 1999 at a Street Ahead day in the centre of Manchester it shows James Macpherson, Mike Lister and Bill Palmer doing an old vaudeville routine known as the Chair Snatch. We learned the routine from Emil Wolk, who directed, Crash Cabaret and he learned it from Johnny Hutch the legendary acrobat. The full show is here. Hard to believe it’s not been speeded up and that we could once actually move this fast.

Without Walls Blueprint 2020
Scroll to top